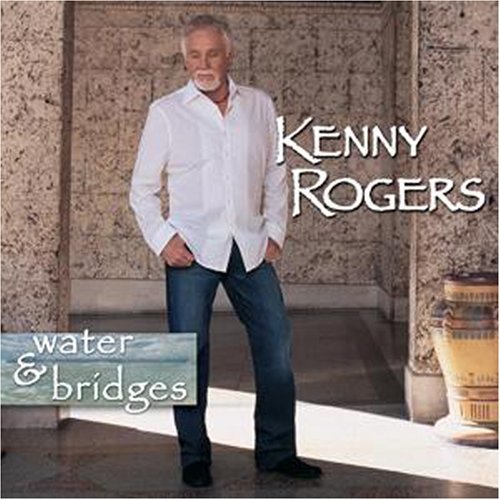 This song was composed over a couple of writing appointments with my frequent collaborator, Josh Kear.  He and I had a routine of meeting once a week, at my place here in the Western hills of Davidson County, with the intention of coming up with something a recording artist would be interested in covering.

One of us, I can’t recall who, had seen a billboard sign on White Bridge Road that would eventually inspire the song.  Neither do I remember exactly what the billboard was advertising, but I do recall the message.  It read “somebody should do something”, but the word “somebody’ was crossed out and the word “I” was written above it.  Ah ha, that would make a good tune, if we wrote it right!

After completing the rather lyrically simple chorus, we began discussing what the verses should be about.  We tried to think of problems we routinely witness all around us and to be sure they were problems, we as individuals, could actually solve.  We didn’t want to make the problems so lofty, we on our own, could do little to correct.

There is a little town named Pegram, just down the road from where I live and we decided to take a ride and grab some lunch.  This is where the concept of chronicling someone’s experiences, through a typical day unfolded.  The first verse was describing the sites the protagonist viewed on his or her drive to “Ferguson’s Grille”, where the second verse content lives.  “Aluminum cans and cigarette butts are lining the sides of the street.  Baseball field in the county park is buried in a blanket of weeds. There’s a Swastika sprayed from an aerosol can displayed on the overpass. Driving around it’s easy to see this town’s going down-hill fast.”

Once we completed the song, we turned it into our respective publishers who deemed that we had written a “demo worthy” song. So, into Station West studio we went.  It turned out to be an unusual session, as two of the studio musicians were missing in action come our 10 AM start time.  Gordon Mote was scheduled to play keyboards, but had forgotten, and guitarist Tom Bukovac, was caught in terrible traffic on I-40.  We found another talented piano player named Michael Rojas at the last minute and Tom showed up an hour late.  Thankfully, they both agreed to stay an extra hour past the 3-hour recording block, to lay down their parts on the songs they were absent from. One thing I do recall is picking up the tempo from our work tape a bit and giving it somewhat of a “Don Henley” styled, eighth-note rhythm.  I then proceeded to record my lead and background vocal parts.  All in all, we were very pleased with the results and our song pluggers began the process of promoting the song to record labels and producers, in an attempt to secure a much-coveted cover of our song.  Which brings up an interesting and somewhat unusual life, this song has led.

In our song-plugger Dan Hodges’ own words of how the song unintentionally ended up on two different artists releases, simultaneously: “I played the song for artist manager Jim Mazza and he loved it for Kenny Rogers and sent it to him.  Kenny loved it and Jim called me to say he was cutting it.  The recording dates weren’t for about six months, however.  Kenny was being produced by Dann Huff.  As the recording dates came close, Jim called and made sure it was on hold and reiterated that Kenny was planning on cutting the song.  Shortly, after that, I had a meeting with the production assistant for Dann Huff, the producer.  I asked about the song and he said it was not on the list, and that they weren’t cutting the song.  I took his word and started pitching the song around again.  I played it for Rory Feek who was producing a new artist on RCA named Blaine Larsen.  Rory and his co-producer Tim Johnson loved it and put it on hold with plans to cut the song.  During that time, I ran into Kenny’s manager, Jim Mazza at lunch and he came up to me and said Kenny is cutting the song the following week with Dann Huff.  I was worried that both may cut the song and we’d be in a situation, so I met with Dan’s production assistant to ask about the song and if it was on the list for Kenny the following week.  He said no and told me that he had answered that question already and not to ask again.  He even showed me the list they were planning to cut and said “see, it is not on the list”.  I then assumed that Kenny wouldn’t cut it, so I didn’t worry about Blaine cutting the song.  Rory Feek and Tim Johnson cut the song on Blaine Larsen.  What we didn’t know, was that Kenny cut it as well.  I had assumed it was not recorded by Kenny, since Dan Huff’s production assistant was so sure and irritated that I was even asking, so I didn’t follow up with Jim Mazza.  No one called us to let us know, and I assumed Kenny didn’t record the song.  Additionally, whoever did the label copy for the Kenny album did not get the correct information on the song, so the wrong writers were credited on the first 200,000 units.   In the end, the song came out on both Kenny’s record and Blaine’s record within a week of each other.  I received a call from Tim Johnson chewing me out for letting Kenny record it, but I explained that I didn’t know, and he seemed to understand.”

We finally were able to get the label copy information corrected and were assured by Capitol Records that the royalties from the sales of Kenny’s album would be allocated to the proper writers and publishers.  Unfortunately, that did not end up being the case, and we had to have our publishing company’s royalty administrator resolve yet another mix up. This time a financial one. To this day, I still wonder how many royalty payments were sent to the wrong places.

Another long and winding journey of a song in this crazy business.  Thankful for both covers and for Dan Hodges working so diligently to secure both recordings.

I still perform the song regularly, in fact,  I played it at The Bluebird Café a few years back and was approached after the show by a woman who told me “hearing Kenny’s version of the song had inspired her to make a decision to go forward with a mission trip to Africa.” I guess this is why we write, to connect with people.  Thanks for your time, friends!